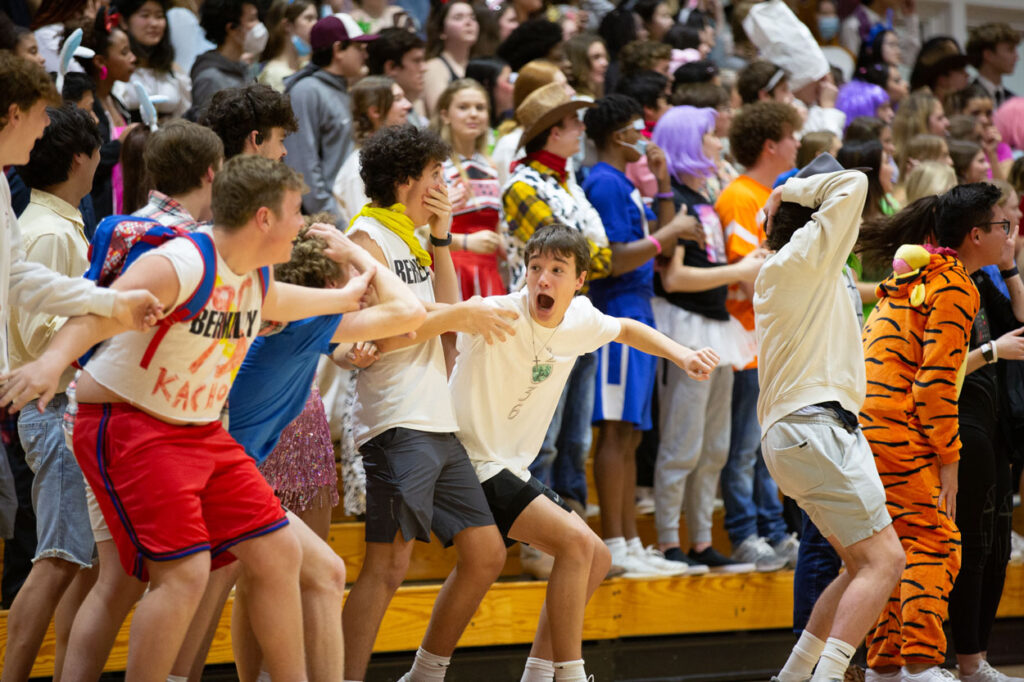 Todd and Missy Savage have always known the value of a boarding school education. Todd, a graduate of Taft School in Connecticut, first saw Episcopal was a special place when they traveled to campus in 2015 to watch their niece Millicent Waller ’15 graduate. As a family, the Savages were drawn to “the values of the school and the community” from day one. “We loved how kindness and humility are so valued,” Todd said, reflecting on EHS traditions like holding doors for one another, treating others with respect, and honoring differences in opinion.

With a senior daughter and a freshman son, the Savages are on the cusp of a new era as Episcopal parents — and as empty nesters for the first time. Annabelle is at the end of her EHS career, looking forward to her college years, while Carter is just beginning an exciting new adventure that they know will be as impactful for him as Annabelle’s experience has been for her. “We hope they try a lot of different things,” the Savages say of the upcoming year at EHS. “We’ve pushed them as best we can to try new experiences and meet new people. That’s the whole reason to go to Episcopal, we think.”

As the Savages prepared for the boarding school adventures ahead, they focused on the importance of getting uncomfortable, even when it might be scary. The tight-knit family of four subscribes to the motto: “If you’re not out of your comfort zone, you’re not growing.” Todd and Missy are most excited about Annabelle and Carter getting the opportunity to experience the world and grow in ways they might not be able to at a day school in their hometown. In Todd and Missy’s eyes, Episcopal is well-equipped to “prepare them for what is undoubtedly going to be a crazy world.”

Todd and Missy strive to emphasize to their children the importance of giving back, focusing on “the three T’s: talent, treasure, or time,” according to Todd. “Whatever you have to give of those three T’s, get involved and give back as much as you can,” they have always told their children.

As active members of our parent community who have hosted events in Palm Beach and continue to volunteer their time, Todd and Missy remain passionate about supporting the institutions that have meant so much to their family over the years. “When we find places we know are doing something special, we want to get involved,” said Todd.

“When we find places we know are doing something special, we want to get involved.”