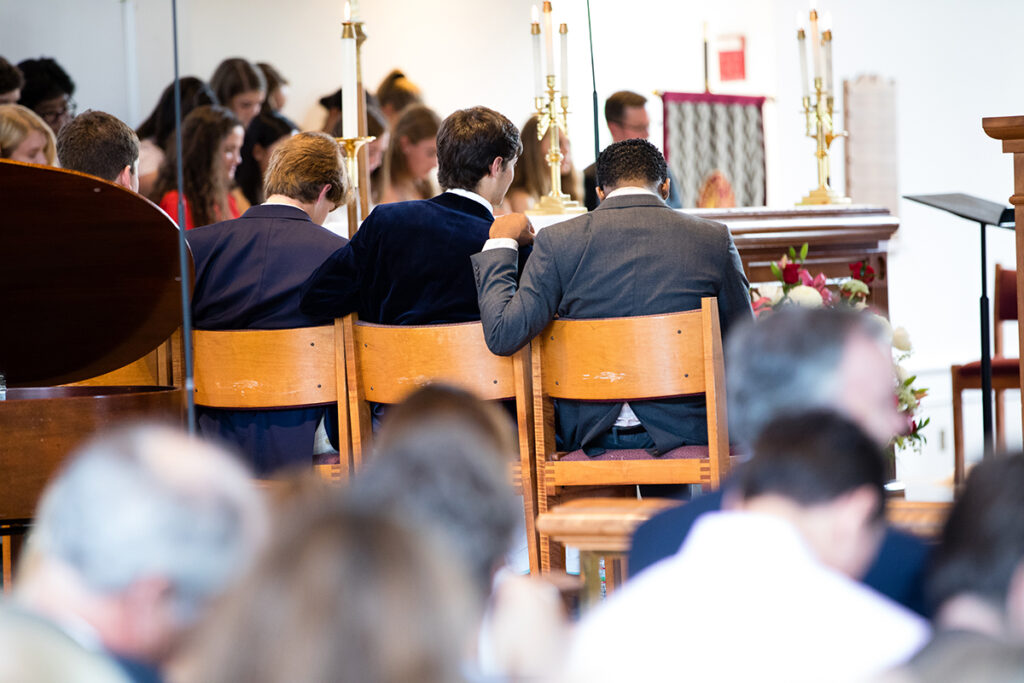 The Task Force on Racism, Understanding, Belonging — a 15-member group of nine trustees and six faculty and staff members — was created this summer. Announcing the task force’s creation, Board Chair Lee Ainslie ’82 and Head of School Charley Stillwell said: “Our school has much work to do, much to learn, and many ways we can grow as an institution and as individuals as we strive to combat racism effectively and to create an antiracist campus culture.”

Trustee Jonathan Beane ’88, the NFL’s chief officer for diversity and inclusion, is leading the task force. The group’s work began with listening forums for trustees and School leaders to hear from Black and African American students, alumni, and parents as well as families of color about their experiences at EHS. We also have hosted forums for white alumni, students, and families interested in working with the School as racial-justice allies.

Such events will continue and bring together the entire community. Other summer and early fall work of the School and task force includes:

Much of this work will continue throughout 2020-21 and beyond, with the School conducting a study of the School’s history with regard to racism. The School soon will hire an outside consultant to help the School identify and eliminate any bias or prejudice in professional recruitment; hiring and retention; student recruitment and admissions; financial aid; curriculum development; and college counseling.